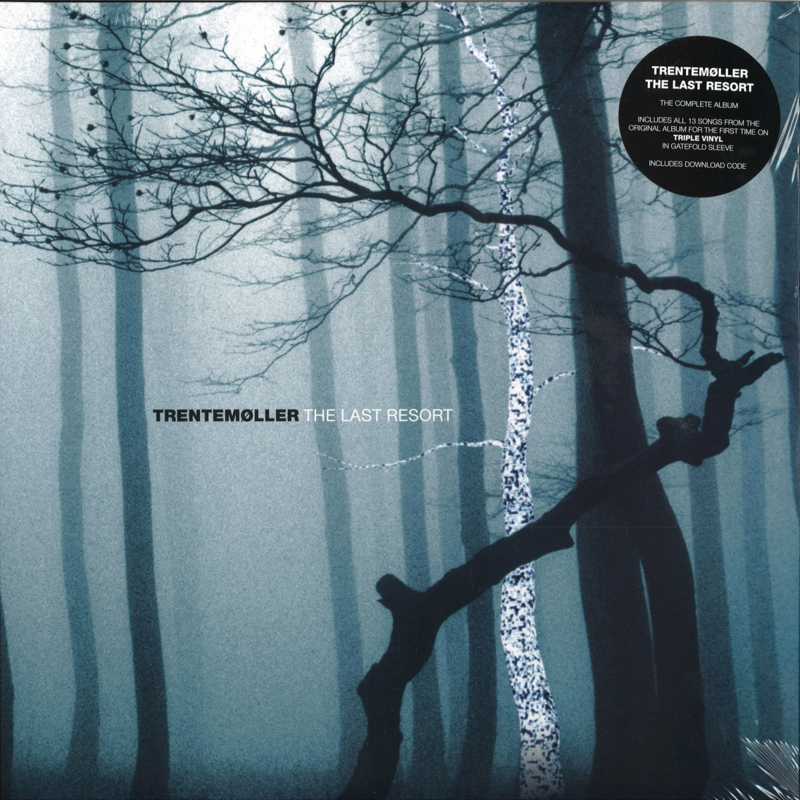 B1: Evil Dub
B2: Always Something Better

Special vinyl re-issue of Trentemøller's groundbreaking debut album. Includes all of the 13 songs on vinyl for the first time. Triple-vinyl in gatefold sleeve.
Trentemøller's debut album remains one of the few genre-defining and groundbreaking albums in many regards. It's still being praised for its composition and sounddesign alike and sounds as fresh and breathtaking today as it did when it was originally released in 2006.
The Last Resort - a beautifully crafted, astonishing masterpiece, that will leave you breathless. The 13 instrumental tracks together form a wordless musical story, almost like the soundtrack of a movie. It manages to capture a whole range of emotions in subtle melodic miniatures, dreamy ambiences, dusty beats, deep dub-tracks and driving groove-excursions. An ever-changing kaleidoscope of colours and moods. Although it's an electronic album, it also incorporates live-drums, guitars, bass and other acoustic instruments like celesta, glockenspiel, melodica and even DJ scratching to create a more organic feel. The album received fantastic acclaim from both music fans and journalists around the world and made it into the top-lists of the month, the year, the decade - alongside an array of awards for best production or best album.
Back in 2006, the original pressing only included a selection of songs from the original 13-track album release. It missed out on songs which had been released on singles or didn't "fit" on the so called "vinyl edition". Due to 'public demand' and simply because this album deserves a proper vinyl
release we are happy to finally present, for the first time, the full album on vinyl. It spans of three vinyl discs and is packed in a beautiful gatefold sleeve which also holds a download-code. The recut has been carefully crafted from first generation, orignal masters by Calyx in Berlin. Since the album has been praised for its fantastic sound the primary directive was to cut the lacquers for the re-issue so that they would sound exactly the same as the original release, which has been the CD version of the album. No 'digital remastering' or any other alterations have been applied.
All 13 songs of the classic album on one vinyl release for the first time. Triple-Vinyl edition. Gatefold sleeve. download code. original sound-quality. NO digital remastering.