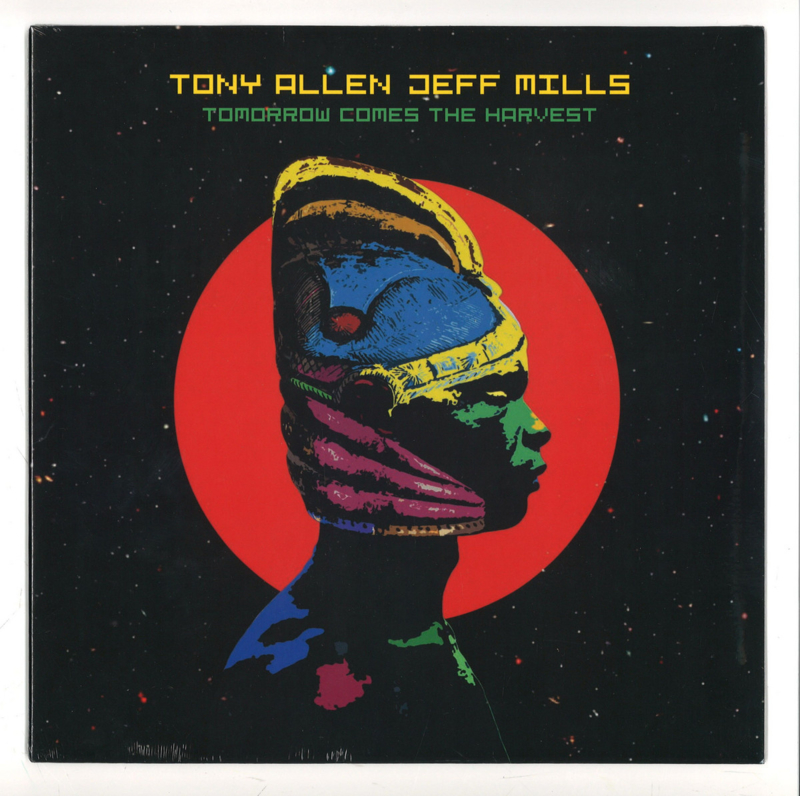 Locked and Loaded
Altitudes (Exclusive)
On the run
The Seed

Lock yourself into the beat, but don't become prisoner to it. The techno pioneer Jeff Mills understands that only too well. In his quest to liberate himself from the tyranny of the sequencer,
Mills couldn't wish for a better partner than the father of Afrobeat.
Many consider Tony Allen to be one of the greatest drummers alive. In the last thirty years, his signature mix of Nigerian roots, polyglot jazz and no-fuss funkiness has spread like a virus, infecting the work of artists as diverse as Damon Albarn, Charlotte Gainsbourg and Moritz Oswald. Jeff Mills
is a titan of the electronic dance scene and a tireless innovator, who helped to give birth to the 1980s Detroit techno scene before going on to compose electro symphonies, soundtracks and sonic odysseys inspired by futurism and space travel, working with visual artists, choreographers, classical orchestras, even astronauts. His collaboration with Tony Allen is another rhythmic conversation in a long and well-established discourse, but a special one too: 'It really is a pure collaboration, not just through music, but in our minds and spirit as well.' The same goes for Tony Allen. He has already collaborated with quite a
few electro artists during his long career but this is something else. 'The difference is that Jeff can play with me, whereas the others cannot play with me. I can only play with them, but they cannot
play with me...yunastan' The pair first shared a stage in December 2016, at the New Morning in Paris. Their live shows have become a rhythm summit without equal, a chance to witness two of the world's most innovative beat-makers, supplemented by the Moogs and synths of Jean-Philippe Dary, fusing past and future into an intense, seamless present where digital and analogue, jazz and electro, Africa and
America, the source and the delta, become one. In some ways Allen and Mills have already fashioned their own sovereign self-designed state, one where improvisation, creativity and instinct reign. It's rooted in Africa, yes, but like the music of Art
Blakey, it goes beyond Africa, beyond America, beyond the force-fields of history and the structures of technology. That's all the excitement - to get on board with two of the world greatest living masters of rhythm, set the controls for the heart of their spinning world, and boldly go into the unknown.